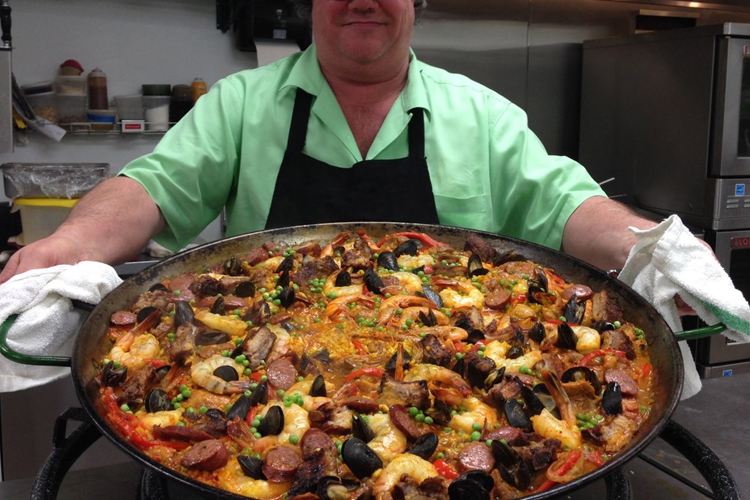 Often named the Best Date Night Restaurant and Best Fine Dining in Laredo, the Border Foundry Restaurant & Bar has something for everyone from its rich history to its impressive menu.

The Border Foundry is an homage to Pete Mims’ grandfather, Constantine, who opened a local metal casting factory in 1907. The Mims family cast metal, fabricated steel, and forged significant relationships along the Rio Grande for generations as one of Laredo’s most beloved working-class families. This reputation paired with the family’s strong work ethic and their innovation is what led Pete to establish The Border Foundry Restaurant & Bar.

The Border Foundry is known for serving traditional American fare with a contemporary twist. One of the top favorites is the Texas Red Snapper with house-made linguine and a Valencia orange and caper alfredo sauce. While there are plenty of seafood options on the menu, the Border also serves unique brick oven pizzas like the House Smoked Salmon, the Chipotle Chicken Pizza, or the Shrimp Pesto pie. If you’re looking for something beyond pizza or pasta, the Border offers a large entrée menu including 16-ounce, 18-ounce, and 21-ounce ribeye. They also serve a Rack of Lamb, Double Bone Pork Chops, Smoked Cornish Game Hen, and a Seared Duck Breast.

Lunch at The Border Foundry is just as delicious as dinner with appetizers like Foundry Shrimp, Bacon Wrapped Quail, and Fried Frog Legs. There’s also a variety of salads including an Apple Fennel Salad with apples and walnuts as well as a Roasted Beet & Orange Salad with savory slices of oranges and beets topped with feta and harissa vinaigrette. Other entree options include Smoked Cornish Game Hen, Chicken Chipotle Alfredo Pasta, Chicken Fried Ribeye steak, a Bison Ribeye, and Huitlacoche Tenderloin. Sea options include salmon, redfish, and sea bass. There’s also plenty of sandwiches to choose from like the Shrimp & Oyster Po’boy, the Ahi Tuna Burger, the Hatch Pepper Patty Melt, and the Bacon Bourbon Burger. Be sure to save room for dessert. The Border Foundry’s many treats include the Triple Chocolate Cake stuffed with chocolate buttercream, the Sticky Toffee Pudding topped with bourbon and honey toffee sauce, and the Peach Cobbler A La Mode with caramel, whipped cream, and shaved chocolate. There’s also a Key Lime Cheesecake topped with Grand Marnier strawberry glaze and the local favorite—the Banana Cajeta Pot de Crème!