How Laredo Has Benefitted From The USMCA | Laredo Tribune 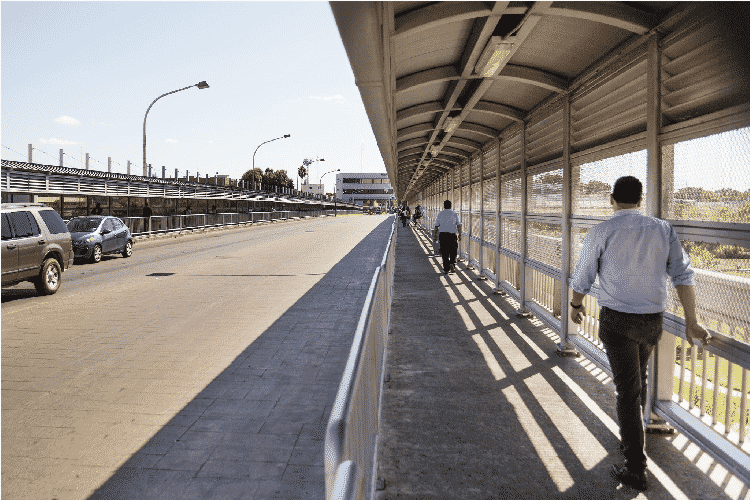 After the United States decided to move on from NAFTA, the country decided to sign a new agreement called USMCA, which stands for the United States Mexico Canada Agreement. The bill was signed in 2018 and had a revised version agreed upon the following year. Many were wondering how it would impact the countries involves, and many of those questions were coming from Laredo. After all, the city is the bridge for a lot of trade between the U.S. and Mexico, so what is that impact going to be in the coming years?

Laredo Mayor Pete Saenz is one of the people that’s excited to see what will happen after years of the USMCA. “I know I speak for everyone in our community when I say I look forward to the president signing this legislation and bringing forth a new era of prosperity for trade and commerce,” he said. It’s said that the agreement will bring a lot of jobs to Laredo, and will improve population growth.

Bank administrator Dennis Nixon of Laredo said that the growth that Laredo has already had will only be boosted by the agreement. “That is unbelievable to me,” he said after living in Laredo for more than a quarter century. “For a small city like us, to be as large as a city like Los Angeles…But we must be vigilant, because USMCA has a lot of test points, a lot of check points along the way. So to stay actively involved in the policy process is going to be critical to our continued success.”

Companies will be looking to invest in Laredo, with existing corporations possibly setting up shop and creating new jobs and new opportunities. Olivia Varela is a director with the Laredo Economic Development Corporation, and says that “Now we should be seeing more of an impact on industries that will provide a little bit more diversification. As a community, we always need to embrace the fact that industrial trade is our lifeline, but we should also strive to continue to look at other industries that might provide a little bit more diversity from this international hub, and that’s where I think we’re going to see greater impact.”