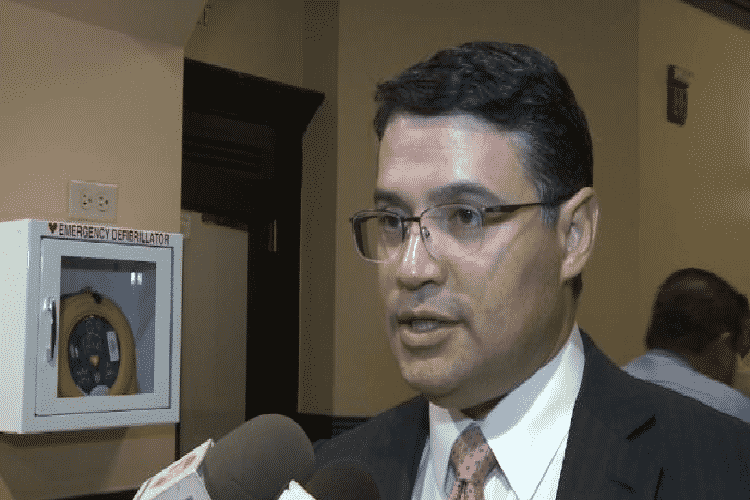 When it comes to trials, there can be a lot of dirty play between both sides. For one attorney in Laredo, he’s saying that one side took things a little too far, but that it will work out to his advantage in the long run. His law office was raided by Texas Rangers recently, taking him by surprise. The matter, he said, was something that was so trivial that it seems ridiculously biased that they’d show up like that.

So what was it that caused Texas Rangers to raid the office of attorney Silverio Martinez? Apparently, Martinez had a document stamped by a public notary, and there was suspicion. “I was surprised (at the raid) because it was such a trivial matter,” Martinez said. “They are alleging I forged and/or doctored a document, and somehow superimposed the notary stamp onto a document that I signed.”

Martinez is an attorney for Impaco Media, who is the midst of a lawsuit with United ISD, and the document in question was between the two parties. “It’s sort of suspicious that the person who is making the allegation is a secretary that works with one of the board members of UISD,” Martinez said. “It’s about a case that we’ve already won in summary judgement. We are still going forward with trial, but like I had previously said it was a huge win for us against UISD. Obviously if I did something wrong it undermines all that happened in the past. It would benefit them, a lot to say that I didn’t work properly. Or I forged something by law.”

Martinez was unsurprisingly upset about the raid, and he gave the Texas Rangers the document that he was alleged to have forged. “I feel like this is a witch hunt of finding something I’ve (done) wrong, which I haven’t and it’s all political,” he said. He hasn’t had contact with UISD, who is now obligated to work with the Texas Rangers on the matter. It will be interesting to see how it all shakes out in Laredo, as it’s become one of the spiciest cases (surprisingly) in quite some time.