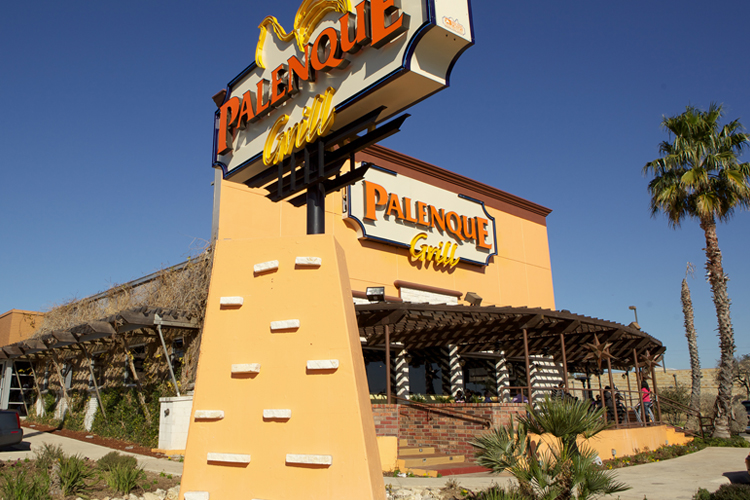 Palenque Grill first opened in 2005 much to the delight of Laredo natives since it’s been consistently ranked as one of the best restaurants in town for the last decade!

After founding the El Pollo Loco restaurant chain in his hometown of Guasave on the North Pacific Coast of Mexico in the 1970s, Juan Francisco “Pancho” Ochoa decided to bring a little piece of his homeland to Texas when he opened the first Taco Palenque in 1987. Creating a 100% Mexican chain restaurant, Ochoa’s early success inspired his next move to create a full-service restaurant featuring live music and iconic Mexican recipes. That’s when Palenque Grill was born.

So, what makes the restaurant so special?

“Welcome to discovering the flavors of Mexico,” Ochoa says. “Each of our recipes is made with ingredients and the traditional styles of each region with products of the highest quality. We invite you to enjoy our friendly family atmosphere and the romance of the piano, trio, or mariachi. And we are not responsible if you become addicted to our flavors!”

Palenque has strong family ties since Ochoa established the restaurant alongside his son, Charles. The restaurant’s ambiance reflects those family ties as does the expansive menu that offers everything from tempting appetizers and traditional tacos to specialty seafood entrees and desserts. The menu is filled with unique items like the shrimp-stuffed tilapia with poblano cream sauce and the Mexican-style ribeye with grilled onions, borracho beans, and toreados.

Other menu favorites include the Tilapia a las Brasas, which is a charbroiled tilapia smothered in adobo sauce and topped with onions served on a bed of white rice. The Camarones Laredo is also a must try since the jumbo shrimp are stuffed with cheese and jalapenos before they’re wrapped in crispy bacon! Of course, Ochoa has his own favorite dish and that’s the Puntas de Filete al Albañil, which is prime sirloin beef tips smothered in a special spicy sauce and garnished with traditional red rice and refried beans!

Open seven days a week, Palenque Grill has plenty to offer in terms of entrees, but you’ll also enjoy stopping by for one of the grill’s signature margaritas. If you’re looking for something a little different, the bar is fully stocked and offers everything from rum and brandy to cognac, tequila, and vodka. Top shelf items include Submarino, Johnnie Walker Black Label, Chivas Regal, and Buchanan’s 12 Years.