Entertainment
Celebrity Then And Now

KEEP SCROLLING FOR THE NEXT CELEBRITY LINK
Pamela Anderson

“It’s great to be a blonde. With low expectations, it’s very easy to surprise people.” First gaining notoriety as Canada’s “Centennial Baby” after being born on the 100th anniversary of Canada’s founding on July 1, 1967, Pamela Anderson’s early fame was undeniably a sign of what the future had in store. While working as a fitness instructor in Vancouver in the late 1980s, Anderson was in the audience of a Canadian Football League game where she was featured on the videoboard wearing a Labatt’s Beer t-shirt. With the crowd going wild over her beauty, Labatt’s knew they’d discovered their next spokesmodel and hired Anderson on the spot in 1989.

With luck obviously in her favor, Anderson caught the attention of Playboy founder Hugh Hefner who put her on the magazine’s cover in October 1989 and named her Playmate of the Month in February 1990. Well on her way to becoming an international sex symbol, Anderson envisioned (and hoped for) a long future in the spotlight and opted to have breast implants to give her an even bigger advantage by taking her bust size to a 34D. Thrilled with the results, Anderson used her new assets to make the move to Los Angeles where she landed a supporting role as the “Tool Time girl” on Home Improvement starring Tim Allen in 1991. When Baywatch came calling the next year, she happily exchanged her tool belt for an iconic red bathing suit that flaunted even more of her killer body.

Between silver screen appearances and wrapping up Baywatch in 1997, Anderson went under the knife once again and took her bust size to a jaw-dropping 34DD that sealed her fate as one of Hollywood’s most popular sex symbols. As for her acting career, she used her beauty to her advantage and starred in television series like V.I.P., Stacked and Stripperella in addition to making cameo appearances in movies like Borat, Scooby-Doo and Scary Movie 3, all while she continued to model for Playboy.

Appearing on more Playboy covers than any other model, Anderson’s breast implants might have launched her career but there is no question that the 49-year-old has had quite a bit more work done since then. As a matter of fact, people have frequently criticized Anderson’s appearance throughout her career saying that she looks “unnatural.” The Daily Mail even referred to her as a “plastic peroxide princess.” So, what are her biggest plastic surgery rumors to date?

Beyond the obvious breast enhancements and her high-profile procedure in 2004 where she had her first implants removed, experts believe that Anderson has had several rounds of lip fillers and Botox injections, which are standard for aging actresses in Hollywood. Obviously unable to deny ever going under the knife, Anderson told reporters in 2004, “I'm not against plastic surgery. What I’ve had done will stay with me and that’s fine, but I don’t want anything else.” She later added, “I’ll do facials, but I don’t want to go down the scary route and have knives plunged into me.”

Despite her denials of having anything else done, Anderson’s appearance has gone through a series of changes but not to the point where it would suggest extreme procedures like having her cheekbones raised or her nose reshaped. In fact, the former Baywatch babe has no fears of getting older. “I don’t mind aging,” she said. “I’ve never been a classical beauty. I’ve always had that Playboy vibe… I don’t want to chase youth. Anyway, I find it chases me.” See? We told you luck was on her side!

Regardless of her belief that youth is happily knocking on her door, each time Anderson makes an appearance in the spotlight ignites a series of tabloid headlines that speculate on the blonde bombshell’s latest round of plastic surgery. Time and time again, she promises that she’s only opted for facials, which hasn’t totally convinced her fans or the media. Whatever the case, it’s safe to say that plastic surgery has only helped her career even if she isn’t in the mood to talk about it anymore. “I’m not talking about my boobs, that’s very 1999. You know people project boobs onto me,” she said.

Now that her career has slowed down with appearances on Dancing with the Stars and Dancing on Ice, Anderson has plenty of time to reflect on her career and says that the whole reason she had breast implants in the first place was because she noticed every girl in the Playboy gym had big breasts. When she learned each one of them had implants, Anderson immediately said, “Sign me up, this isn’t fair. This is not an even playing field.” Two weeks later, her cleavage was popping out of her clothes as her mother warned her to steer clear of radiators and heaters for fear that her daughter might melt. Although it’s a bit harsh, she does make a good point!

Next Celebrity Advertisements:
or read more about below. 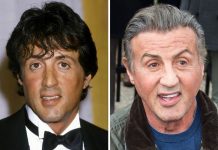 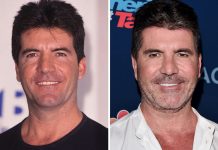 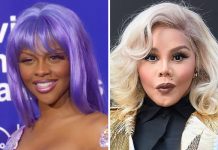 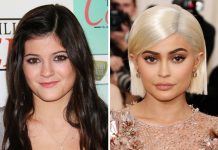 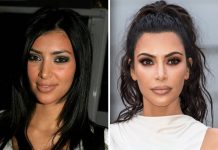 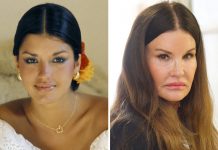 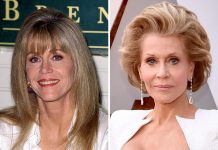 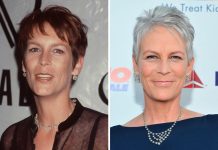 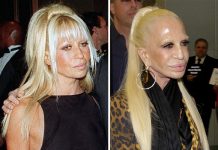 There are 20 Border Patrol sectors in the United States with over 20,000 officers employed. Laredo has been one of these sectors for nearly...

We’re all aware of how difficult it can be to find a job. When money is low and you can’t afford a home, you...

You always want your community to be healthy. The citizens are naturally happier, live longer and there’s just an overall benefit. Around 175 of...

One of the greatest parts of living in Laredo is the community’s commitment to preserving its heritage. That commitment shines through in the newly...

Identity theft is a very real problem that a lot of people face these days. However, it’s more of a technological issue about having...
© Laredo Tribune | All rights reserved