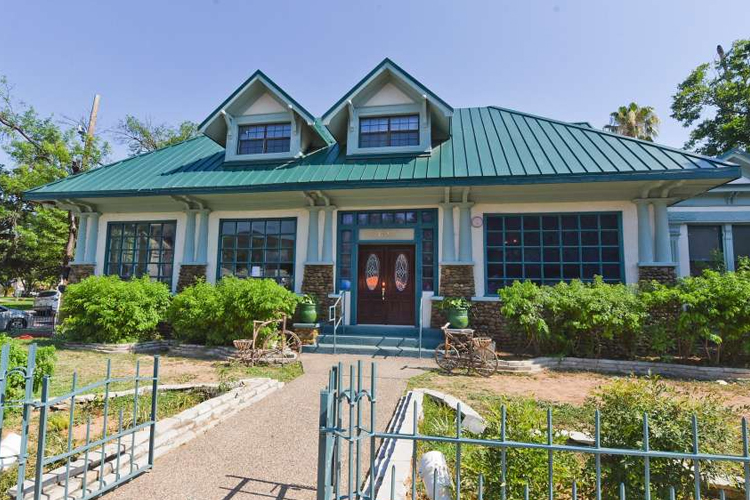 One of the greatest parts of living in Laredo is the community’s commitment to preserving its heritage. That commitment shines through in the newly renovated La Mansion Villa Rreal, which translates from Spanish as “Royal House.”

Located in the historic St. Peter’s district at 1701 Houston Street, La Mansion Villa Rreal was originally built in 1882 by Miles Cogley, the president of the Tex-Mex Railroad. Cogley was a well-known figure in Laredo and raised his family, including his daughter Mabel, in the beautiful home. Mabel was integral in chronicling Laredo’s history throughout her life as an employee with the local newspaper and was considered the grand dame of Laredo’s high society. “All her coworkers adored her and admired her,” one account of Mabel’s life read. “She walked from her nearby home on Houston Street across St. Peter’s Plaza and down Matamoros to the newspaper office.”

Cogley’s home was passed on to his children and eventually was given back to the city. It served as an administrative building for the Vidal M. Trevino Magnet School until 2015. It was placed on the market and, after three years, was purchased by Laredo business owner Joe Villarreal and his wife. As small business owners, the couple vowed to restore the mansion to its original prestige.

The restoration process was quick for the Villarreals who debuted the restored home in mid-2019 at a Historic Block Party that celebrated the project and Laredo’s heritage. The exterior of the home was completely updated and landscaped with the interior featuring the home’s original two-story layout. One of the most popular rooms in the reveal was the purple bathroom complete with a purple and white bathtub. Other rooms of the house include the library with built-in bookshelves and elongated windows to allow plenty of natural light. The hardwood floors were also refinished, and a fresh coat of paint was added to freshen up the already stunning home.

Now that the house is finished, the Villarreals hope to honor Laredo’s vibrant culture by opening the space to two boutiques—Atelier and the Twinkle Twinkle children’s boutique. They also hope it will serve as a meeting space for local artists interested in sharing their work and socializing with the community. For those looking to see La Mansion Villa Rreal, venture into one of the boutiques or stay on the lookout for one of the upcoming artists meet-ups at the venue!